Home » For participants » In the media

Here is a small snapshot of research using Growing Up in Australia data that has been in the media within the past year.

“Speeding and seatbelt offences were prevalent among the teens surveyed, with speeding up to 10 km/h over the limit and driving while tired being the two most common risks young drivers took.”
Tom Livingstone

Unfair treatment due to body size or appearance was the most common (about one-fifth of teens), followed by race and sex-based discrimination (both just under 10 per cent of teens).
Sarah Berry

How do you talk about consent with your kids?
The Age, 4 April 2021

… almost half of girls and one-third of boys aged 16-17 years said that they had experienced some form of unwanted sexual behaviour towards them in the past 12 months.
Caitlin Fitzsimmons

For many women, the pain of the pandemic led to stronger friendships
The Age, 20 February 2021

Growing Up in Australia, a longitudinal study following the development of 10,000 children and families from all parts of the country, has found that teenagers who have at least one close friendship are much better able to bounce back from stress.
Sue Williams

Kids on the autism spectrum experience more bullying. Schools can do something about it
The Conversation, 9 June 2022

The study found children on the autism spectrum are more likely to be bullied at high schools than primary schools (an opposite trend from non-autistic children). It’s possible that in high schools the differences due to autism are more pronounced and noticeable.
Misha Ketchell

If you move house, change phone numbers, or get a new email, let us know!

We’ll only ever send you relevant Growing Up in Australia study information.

If you are facing life issues, a crisis or an emergency see our list of services that can help [PDF, 978.17 KB] 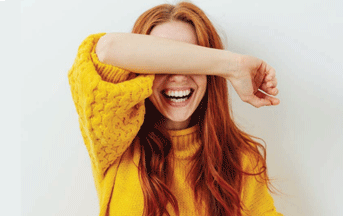 Find out the very latest study news, findings and insights.

Want more information about the study and your privacy?