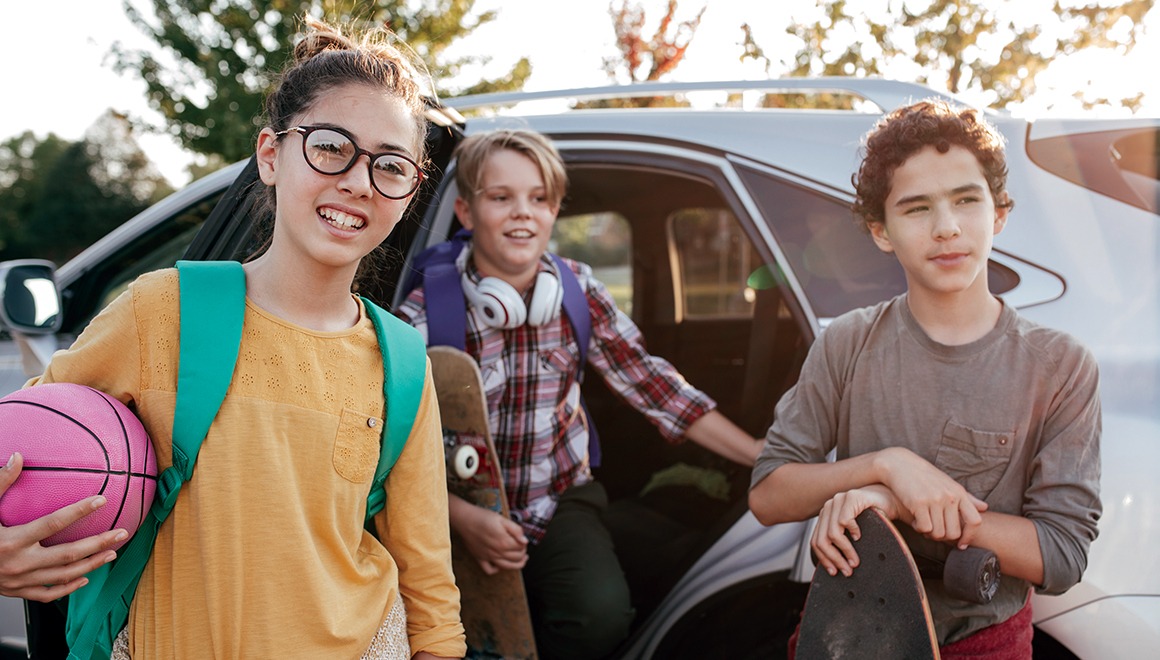 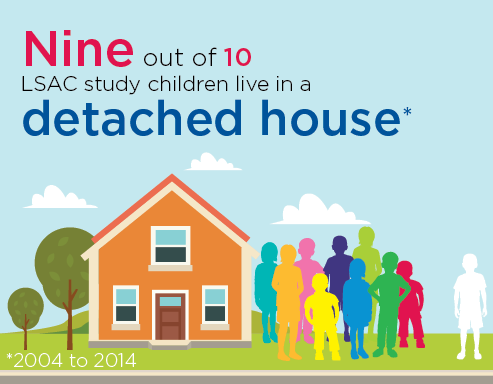 Who do adolescents spend their time with? 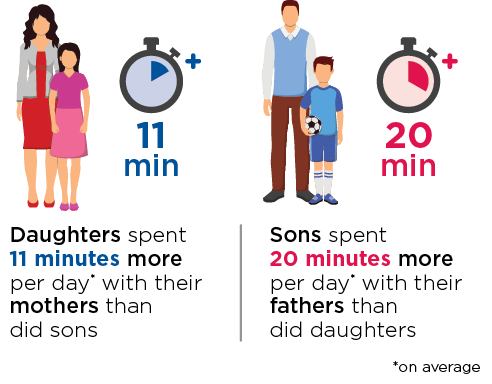 Teens want to be alone

This increase in alone time was greater for boys than girls.

Relationships between parents and young teens 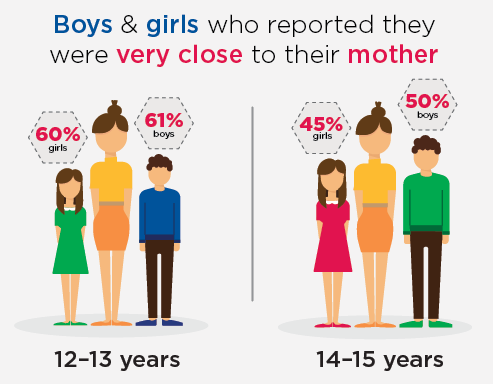 Conflict between parents and teens

Adolescents' relationships with their peers 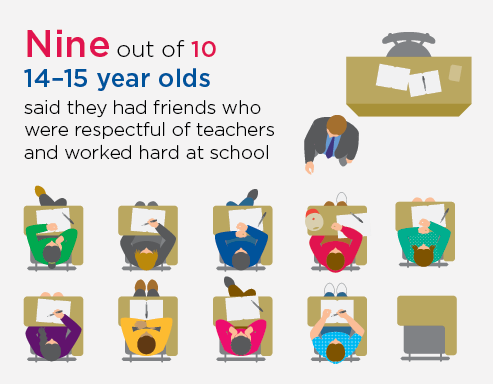 One in five 14-15 year olds reported being the victim of bullying in the past month. However, fewer than one in 10 (7%) admitted to being a bully.

Having friends with high levels of moral behaviour or a positive attitude towards school was associated with a lower likelihood of being a victim of bullying.

Having friends who engaged in more risky behaviours increased the likelihood of being bullied, and also of being a bully. 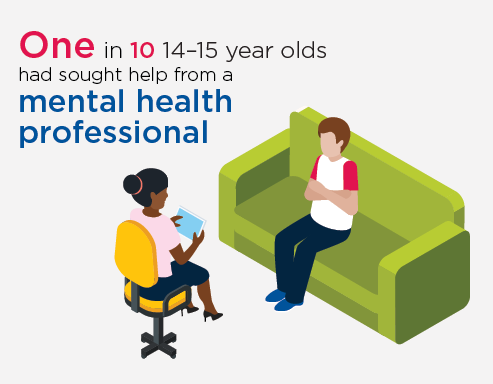 Preschool and children's readiness for school

Among children who started school in 2009, around one in four boys, but only one in 10 girls, were considered developmentally vulnerable in at least one of the five domains measured by the Australian Early Development Census: 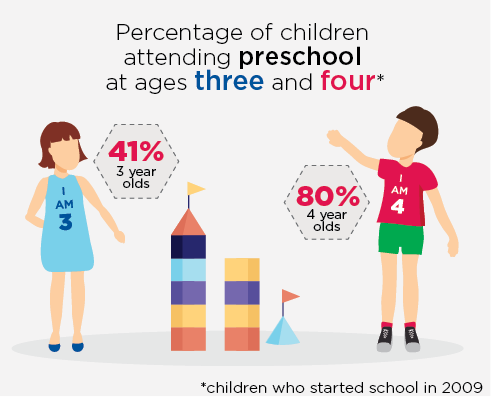 Kids' care and activities before and after school 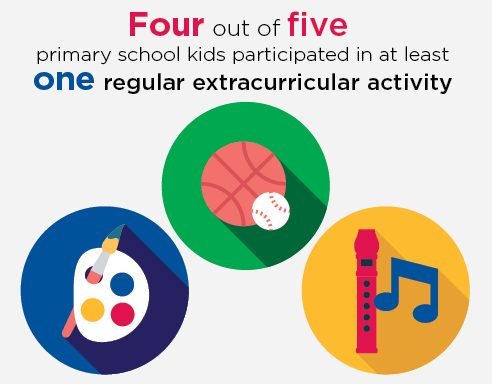 Informal outside-school-hours care was more frequently used than formal care, with almost one in four children in informal care either before or after school.

Use of technology in the classroom 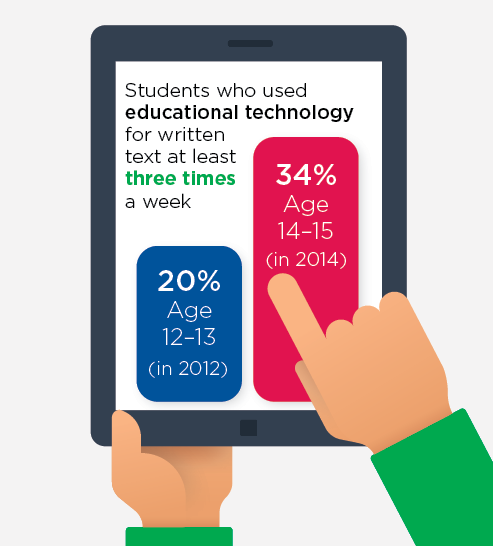 However, around a quarter of secondary school teachers said that the ICT infrastructure and technical support at their school was inadequate. 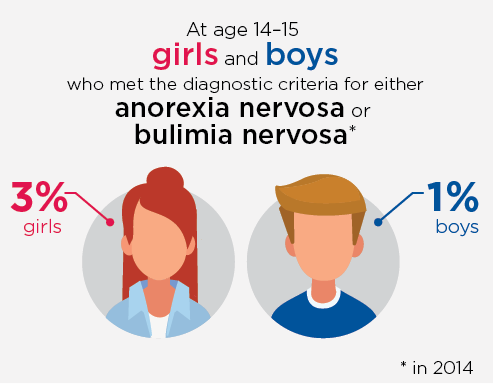 One in four girls and one in 10 boys consciously restricted their food intake to control their weight.

Among 14-15 year olds who engaged in some form of dieting, around two-thirds of girls and almost half of boys were in the normal weight range. This suggests that most teens diet to either maintain a healthy weight or achieve the thinner body shape typically idealised in Australian society.

Compared to adolescents who were not dieting, those who were restricting their food intake reported:

Around one in 10 parents reported having difficulties accessing health care services for their children, with reports of access difficulties more common among families with low incomes, those living in regional and remote areas, and those who speak a language other than English.

For example, compared to children living in major cities, the odds of having seen a GP in the past 12 months were halved for children and adolescents in regional and remote areas. 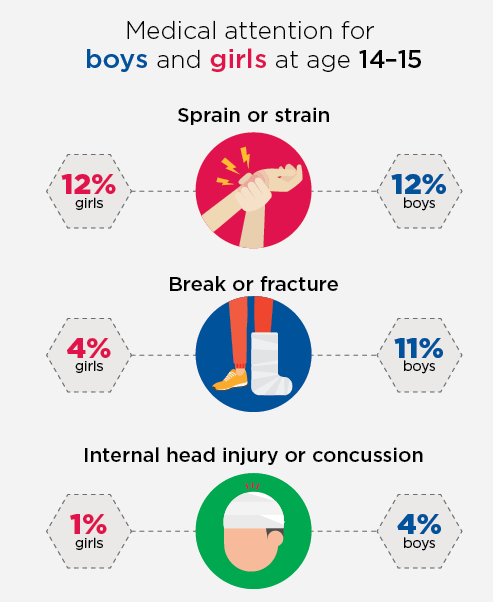